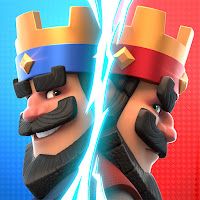 Clash Royale Apk is a popular and extremely beautiful strategic game from Supercell, the creator of the popular Clash Of Clans and Boom Beach games, which has been released for various operating systems, and its Android version has been installed more than 100,000,000 times from google play.

Clash Royale is designed base on Clash of Clans which you compete with online users around the world! Like all small games in the MOBA genre, in this game the goal is to send troops to the enemy corps to destroy the towers and overthrow their king! At the same time, you must protect your kingdom by relying on magic, defenses, and the soldiers at your disposal!

In the Clash Royale game you have a wide range of cards that each card has a certain power and capability to battle with enemies in the battlefield. Many of the characters in Clash Royale are familiar faces from Clash of Clans, although you will also find new characters such as princesses, knights, and little dragons! 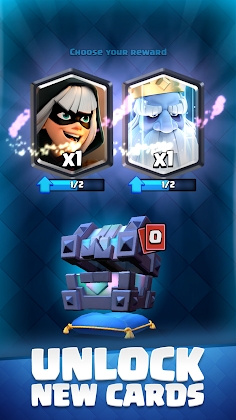 Clash Royale is a simultaneous strategy game that is combined with two styles, MOBA and CCG. CCG (Collectible Card Game Game) is a genre in which a hand of the original card is given to you and after progressing in the game, you upgrade them or get new cards and fight with other players. The game teaches you how to use the game and how to use the cards and the game environment, which includes 7 training steps.

The rules of the game can be considered a combination of the rules of the game Clash of Clans and BoomBeach, which are put together with special skill. Clash Royale, like other SuperCell games, is played online and requires an internet connection.
One of the other interesting points of the game is communicating with other players you are fighting with. You can provoke or even encourage the person you are fighting, with a few predefined words and 4 emoticons. 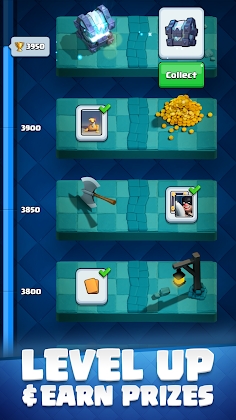 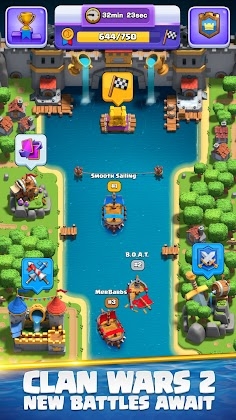 Clash Royale is a card game and you have to prepare a combination for your attack by getting new cards and strengthening old cards, then enter the battlefield.
You can download the latest version of the incredibly beautiful and popular Clash Royale right now from the powerful ApkModCT servers. Note that we always provides you with new versions at the same time as it release by Supercell, so keep this page of the site for future updates. 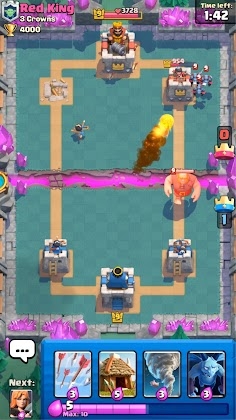 Clash Royale is an online Strategic – Card game and you always need internet connection to play.